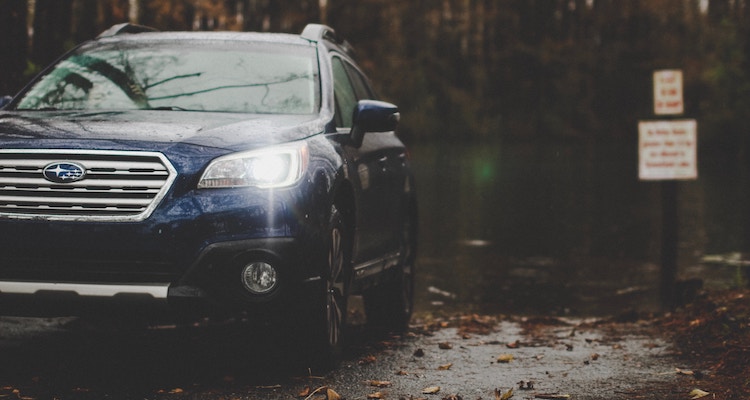 As of 2017, Subaru has been importing cars into the United States for 50 years. During that time, some truly great cars have been among them, and some fairly odd ones too. In this article, we will run through the various cars that have imported with the Subaru name on them. Many thanks to Winner Subaru of Dover, DE for their assistance compiling this list

Subaru 360 debuted in the U.S. in 1968 and was the first car imported by Subaru of America, Inc. The little car was quite unusual with its bug-eyed headlights and forward-opening doors. Powered by a 356 cc, 25 hp, two-stroke engine, this microcar had a top speed of 59 mph. The 360 sold for $1297 and offered fuel economy of 66 miles per gallon.

The successor to the 360 was the FF-1, a front-wheel drive compact car that was better sized for the American driver. Available in two and four-door models, the FF-1 was the first Subaru to be powered by a boxer (horizontally-opposed) engine. With 61 hp and 65 lb-ft. of torque, the FF-1 had over twice the power as the 360.

The DL and GL were available in sedan, coupe and wagon body styles. The superstar was the “On-Demand” 4WD wagon which allowed drivers to switch from front-wheel to four-wheel drive while on the go. This go-anywhere car appealed to people with active outdoor lifestyles.

BRAT, which stands for Bi-drive Recreational All-terrain Transporter, was a cute vehicle that combined the comfort of a car with the capacity of a pickup truck. The BRAT was equipped with the same “On-Demand” 4WD as the wagon, giving drivers the capability to explore the great outdoors.

The first-generation Legacy was a mid-sized family car with sleek styling, premium comfort and advanced standard features. The Legacy offered both Active and Continuous Full-Time 4WD and was powered by a standard 2.2-liter BOXER engine delivering 130 hp and 137 lb-ft. of torque.

The space-age performance SVX coupe was designed by famed Italian designer Giorgetto Giugiaro and powered by a 230 hp, 6-cylinder boxer engine. The cockpit was surrounded by a unique window-within-a-window canopy that gave the driver unobstructed vision and virtually eliminated wind noise when the windows were down. The SVX was a tribute to Subaru’s aviation heritage and an exercise in progressive design.

Introduced in 1993, the Impreza was a big step forward for Subaru in the sub-compact car segment. The all-new model offered more horsepower and torque, greater interior room and a longer list of standard features than its leading competitors. The Impreza was powered by a standard 1.8-liter boxer engine producing 110 hp and 110 lb-ft. of torque and offered Active and Continuous All-wheel Drive.

The Outback is Subaru’s flagship model known world-over as the “World’s First Sports Utility Wagon.” What started out as a trim level for the Legacy wagon became a cultural icon synonymous with outdoor adventure. Equipped with a 2.5-liter boxer engine and symmetrical all-wheel drive and offering 7.5” of ground clearance. The Outback won Motor Trend’s SUV of the Year for 2010.

Known for its large capacity, the Forester was added to the Subaru line-up in 1998. The Forester was an alternative for customers who wanted the same performance and versatility as the Outback, but in a smaller vehicle. The Forester came standard with many of the same features as its larger counterpart including a 2.5-liter boxer engine, symmetrical all-wheel drive and 7.5” of ground clearance.

The rally-inspired WRX debuted in 2001 powered by a 2.0-liter, turbo-charged, intercooled boxer engine with 227 hp and 217 lb-ft. of torque. The WRX was designed, tested and proven in its rally form in the world’s most brutal motorsport, the World Rally Championship. In 2004, Subaru introduced the WRX STI with a powerful 300 hp engine and signature trunk wing.

The Baja was introduced in 2003 as a new type of crossover that blended the versatility of a compact 4-door pickup truck with the safety and comfort of a passenger car. The Baja was equipped with Subaru’s 2.5-liter boxer engine and symmetrical all-wheel drive. The key to the Baja’s versatility was the Switchback System that allowed the reconfiguration of the rear seating area, as well as the cargo bed, to meet a variety of needs.

The Subaru Tribeca mid-size crossover derives from the neighborhood of New York City. Tribeca was sold in five- and seven-seat configurations. The Tribeca was developed as a joint-project with GM, with the partner model to be sold as a Saab. Featuring polarizing design, the model was quickly found to be too small for the U.S. and while the 2008 models received a facelift and a larger 3.6-liter flat-six engine.