Some people would love nothing more than to just sit at home playing a childhood favourite game from the 90’s, or even venture out to the closest arcade to remain nostalgic about the good old days. But as times are changing and more and more technology is being made with new updated features and software, the vast majority now prefer to invest in the latest technology.

Yes, video games from the old days are still popular and are seen as classics but most of the games you can find in an arcade today have been made for newer consoles. Technological developments are truly threatening retro games and with the rising popularity of Visual Reality technology, the future of retro gaming looks bleak in terms of arcades.

Research has been carried out to find out what people think retro gaming will be like in the future, it’s thought that popular games of the future will be app based, due to the clear popularity of mobile devices and how easy they are to access and use.

What Does the Future of Retro Games Look Like? 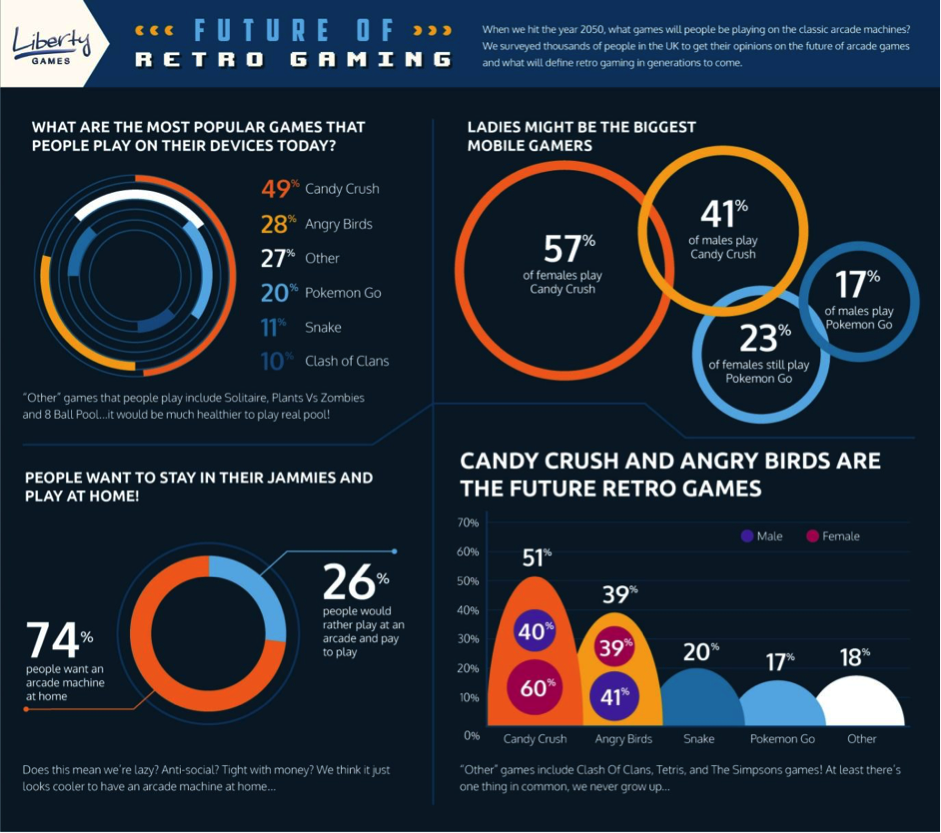 Gaming at home is a lot more popular now as people rarely go out to arcades anymore. In actual fact, there aren’t many existing arcades (especially in the UK). The social aspect that people used to gain from going has seemed to disappear as well now, seeing as new consoles allow you to talk and compete against friends or even strangers all around the world through things like Xbox live.

74% people would love to have their own arcade machines at home though as the above infographic from Liberty Games shows. The opportunity of having your own retro arcade games at home is becoming a more interesting thing to invest in, seeing as they are easily accessible now and retro is all the range. You no longer need to leave your own home to gain a similar Arcade experience that generations before you would have had.

Whether you think that’s a good or bad thing is another discussion for another day!