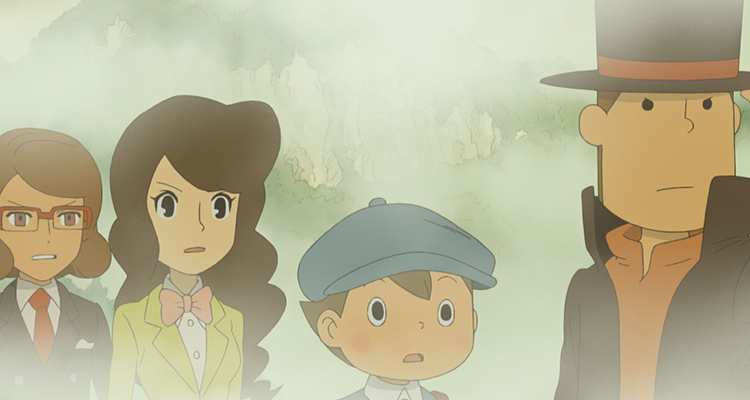 Ever since its release just over three years ago, the Nintendo 3DS has enjoyed ongoing success and remains one of the world’s most popular portable games consoles. This makes it no surprise that Nintendo plans to launch an updated model in the near future, since demand for new and improved 3DS games continues to thrive.

But while smartphones and tablets are starting to rival consoles like the 3DS when it comes to action, sports and role-playing games, some genres are best played on a device with several input methods.

You can find all sorts of 3DS games at retailers like Tesco, if puzzles aren’t quite your thing. In the meantime, here are some of the best puzzle games on the Nintendo 3DS, which continue to challenge even the most rational and intelligent minds.

Whether you enjoy playing perpetual classics like Sudoku or would like to try your hand at lesser known games such as Takegaki, Puzzler World 2013 is bound to provide hours of fun and entertainment. The design is simple and straightforward, meaning you can get going immediately without the need for lengthy tutorials.

With over a dozen different brainteasers and more than 500 different puzzles to complete in Challenge Mode, there’s no danger of getting bored either. And as you keep playing and complete more puzzles, you’ll be rewarded with bonus games and subsequent harder versions in Master Mode. That brings the puzzle total to 1200, which sets it apart from other titles on the market.

2. Professor Layton and the Azran Legacy

The sixth Professor Layton game is also one of the most impressive. This latest story follows the main protagonist and his assistants as they try to uncover the mysteries surrounding the ancient Azran civilisation.

Thankfully, no prior knowledge of the previous games is required, so you can jump right in and start solving various brainteasers and puzzles. Although the game has one main story, you’ll progressively solve a series of short adventures while following Professor Layton on his epic expedition. This makes it perfect for patient thinkers who prefer drawn-out story-heavy gaming, but it might not be suitable if you fancy a few casual puzzles every now and again.

The story of Pushmo is a lot more elaborate than the game itself, but after solving a few of these puzzles you’ll be hooked and won’t want to put your 3DS down. You play the hero called Mallo, who has to help some kids trapped inside puzzle-like climbing toys called Pushmo.

But what exactly do you need to do? Basically, you have to push and pull piles of blocks until a staircase is created to reach the top. Might sound easy, but the piles resemble iconic characters and shapes, which are often very hard.
Those are three terrific games for the 3DS. Once you start them, the challenge is on!