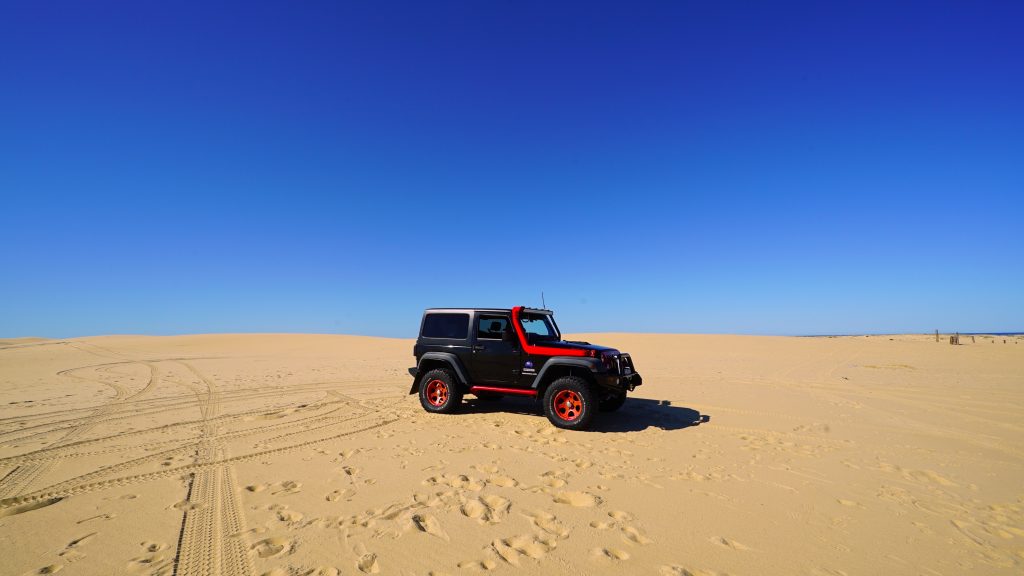 I order to understand the Jeep story, it is important to know the historical context. With assistance from the folks Van Auto Group of Vineland, NJ, here is the Jeep story.

In the late 1930s it was becoming obvious that the United States could get pulled into the raging war in Europe. In preparation for this, the various branches of the American military started to look at the supplies needed to go to war.  In particular, in early 1940, the US Army realized that they needed a large number of compact, 4WD reconnaissance cars. The Army invited some 130 companies to deliver quotes and just two companies responded to the request: Willys-Overland and American Bantam.  The lack of response almost certainly due to the deadline they had placed on the request: a working prototype within a just 49 days! Few companies were capable of that sort of timeframe.

The then bankrupt American Bantam Car Company solicited Karl Probst, a well-regarded, ex-Bantam engineer to help them out.  Working at a feverish pace, Probst laid out full plans for the Bantam prototype, known as the BRC (Bantam Reconnaissance Car), in just a few days.  Because much of the vehicle could be assembled from off-the-shelf parts, a hand-built prototype was completed and driven to Camp Holabird, MD for Army testing September 21, 1940.

Although the Bantam prototype met almost all of the requirements, the Army felt that the company was too small to supply the enormous number of vehicles it needed, so it supplied the Bantam design to Willys and Ford for quotes. The resulting prototypes were called the Ford “Pygmy” and Willys “Quad.”

The Pygmy and Quad

1500 of each of the two models were built and extensively field-tested. The Willys version of the car would become the standardized jeep design, designated the Model MB. The Army chose Ford as the second supplier but they were required to build their Jeeps to the Willys’ design. American Bantam, the creators of the original design, spent the rest of the war building heavy-duty trailers.

Incidently, none of the original manufacturers actually used the term “Jeep” to designate their vehicles. Although there is some debate as to the origin of the name, many historians acknowledge that it was a slang that was applied to the vehicle’s military name “GP Vehicle” (General Purpose Vehicle).  This seems likely because of the tendency to make non-sensical military acronyms into words is very common. For example, HMMWV (for High-Mobility Multi-purpose Wheeled Vehicle) has become commonly known as the Humvee.