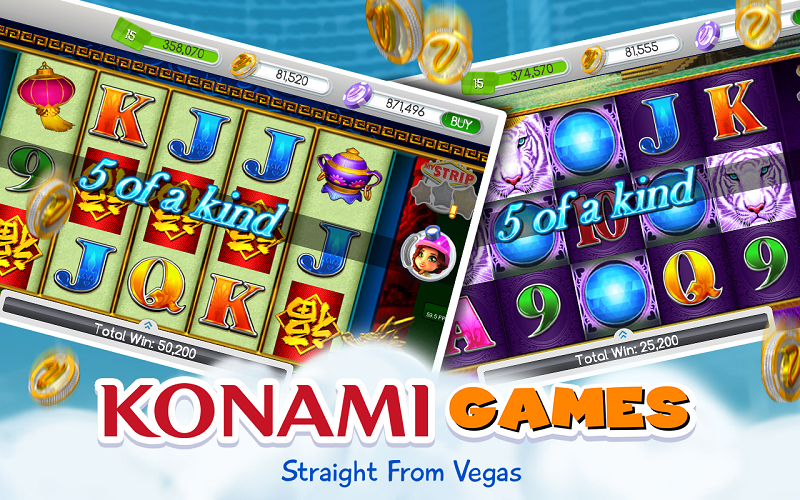 As a developer of many appealing casual games available for social platforms, PlayStudios, brings Konami Slots and MyVegas Slots App. With the development of MyVegas, there was a partnership established with PlayStudios with MGM Resort International and their most popular resorts such as MGM Grand, Excalibur, The Mirage, New York-New York, and more. They have added to their family of games, Konami Slots, making their app and game selection much greater and larger for players enjoyment.

MyVegas Slots is the first free-to-play app offered by PlayStudios, combining the excitement of casino mechanics with popular social games. These slots offer players hours of fun, allowing them to travel in time to an ancient past, or perhaps they may want to take a ride in the Wild West, no matter what they are looking for, with MyVegas Slots, players will find it. Progressive jackpots are provided, most times becoming very large before gaining a winner. Loyalty points are earned, which players may redeem for real-worlds, like airline upgrades, Las Vegas hotels or shows, or VIP access at Vegas nightclubs. The UI is unlike other casino apps, MyVegas Slots App has an uncluttered and clean look to it. With authentic sounds and easy navigation, players find this app very addicting.

Even though they’re independent of one another, MyVegas Slots and Konami Slots Apps sync with a player’s MyVegas account, along with their loyalty points. This allows players a chance for bigger rewards.