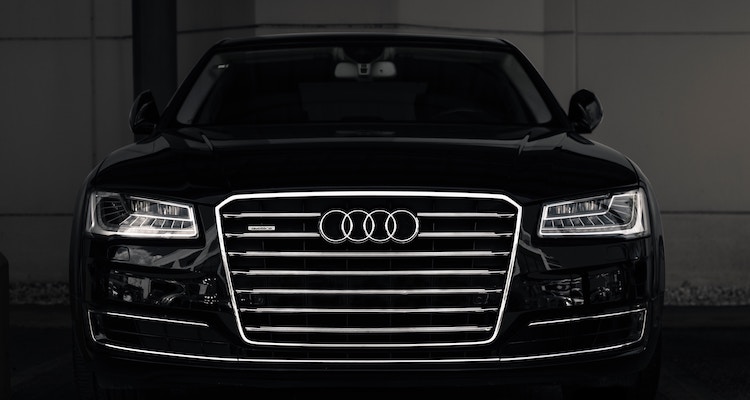 The new Audi R8 is a powerhouse of computers and sensors. There are dozens of sensors for safety systems alone. Here’s a look at ten other impressive technologies built into Audi’s newest luxury sedan.

In the A8, 24 volts is needed to power the active suspension actuators and for the mild-hybrid starter-generator. The 48-volt battery is a 10 amp-hour lithium-ion unit mounted at the rear of the car. However, the technicians at Audi Gainesville (FL) say the majority of the car’s electrical system still runs on a traditional 12-volt battery. It will probably be some time until other parts of the car’s system run on the 48-volt wiring.

The 8.6-inch touchscreen in the infortainment system can switch to work as a virtual keyboard or as a place to write words, letters, and numbers. When entering a navigation address, you can simply write an entire word, such as “Munich” and the system responds appropriately.

Electrically actuated door handles can feel like a gimmick, but the A8’s have a lovely tactile feel. Both the interior and exterior handles are electric, so they open with the gentlest touch. Aside from making opening the door ever-so-slightly easier, the electric handles are critical for enabling the safety feature listed in the next bullet point. B

The Audi A8 will offer wireless charging for compatible phones; simply slide your phone into a pocket in the center console and you’ve got power. Unlike other cars, however, that charger also boosts the phone’s cellular signal, transmitting it through the car’s roof-mounted antenna to improve reception.

The Audi A8 has rear wheel steering. The rear wheels can pivot up to 5 degrees in the opposite direction of the fronts at low speeds – more than rival systems. It’s also coupled with variable-ratio steering, meaning that in parking situations, far fewer hand-over-hand steering wheel turns are required than normal. The numbers tell the real impact: the system shrinks the new A8’s turning circle by three feet com

Traffic Jam Pilot (TJP) will provide Level Three Autonomous Driving.  On highways with a divider between each direction of traffic, and when traffic speeds are below 37 mph, TJP will take over all steering, brake, and accelerating functions. Audi says the car will accelerate on its own when traffic moves off, and the driver won’t need to keep a hand on the wheel or pay continuous attention. The system will just drive in busy traffic completely by itself.the car will automatically brake if you’re about to bump something ing

Perhaps the coolest illumination is the laser headlight option. Above 44 miles per hour, the laser illuminates to “double” the distance you can see with the high beams on. That would be extremely useful if, say, one were doing 155 mph on the autobahn at night. In the U.S., regulations require that the laser system be limited so that it does not project any farther ahead of the car than standard ones would.