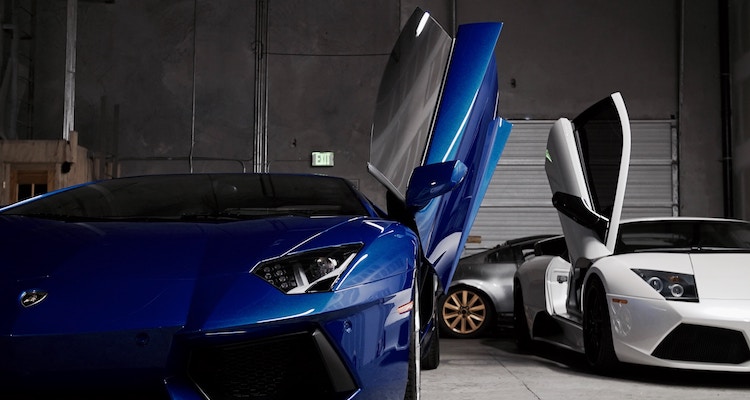 For car manufacturers, there will always be rivalries. In the United States a big one is Ford vs Chevy; in Japan, it’s Honda vs Toyota; and in Italy, big surprise its Ferrari vs Lamborghini. Whats interesting about the Ferrari vs Lamborghini rivalry, though, is that it was deeply personal. Its was a rivalry between two obstinate Italians: Ferruccio Lamborghini and Enzo Ferrari. Here is a little history on what exactly caused the rivalry that still exists today.

Ferruccio Lamborghini was born into a family of grape farmers. His family were farmers but he did not share the passion; instead, he was more interested in mechanics. Lamborghini served in the Italian Air Force during World War II and after the war, started a business that took surplus military machines and re-purposed them into tractors.

Lamborghini became very wealthy from his tractor business and had a passion for fast cars so he bought a Ferrari among other luxury cars. However, since he knew quite a bit about car mechanics, he decided that the cars he bought needed a little modifying. In particular, his Ferrari.

In the 1960s, Enzo Ferrari’s cars were top-of-the-line in luxury sports cars and enjoyed unprecedented status. Lamborghini, however, as a major industrialist became friends with Ferrari and frequented many social events. Evidently, at a gathering, Lamborghini shared his thoughts on the imperfections that discovered in Ferrari’s cars with Ferrari himself. It did not go well.

Ferrari didn’t appreciate an ex-tractor mechanic telling him about the imperfections in his cars. Ferrari honestly believed Lamborghini didn’t know a thing about his cars, or cars in general.

When Ferrari told Lamborghini he didn’t want his advice, a rivalry was born.  A rivalry that a local dealer, Lamborghini of Broward, Davie, FL, says still burns today.

By the early 1960s, Lamborghini had become almost as powerful and wealthy as Ferrari. Many people believed that he was crazy for wanting to build a sports car to compete with Ferrari. Ferrari had years on him and was already quite wealthy by the time the Lamborghini had been built. People believed that wanting to build a car as great as Ferrari’s was impossible.

Lamborghini had begun working on his “Ferrari Killer” project in 1962, and by May of 1963 he had officially founded Automobili Ferruccio Lamborghini.

Soon lamborghini bought a huge piece of land in Sant’Agata Bolognese and began work on a huge, new factory. Due to his experience from his other companies, especially his tractor business, he was able to set up one of the best facilities for his car company. In fact, his factory was such a functional structure and rock solid that it was unrivaled.

Being an avid and passionate mechanic, Lamborgini was personally involved in the design and building of the first Lamborghini car. He had also chosen the engine from Giotto Bizzarrini, who had designed some of Ferrari’s engines during the time period. For the other car pieces, he had hired two brilliant young engineers named Giampaolo Dallara and Giampaolo Stanzani. In 1964, the Lamborghini 350 GT was debuted at the March Geneva Motor Show and the rivalry, which still exists today, was officially in full swing.