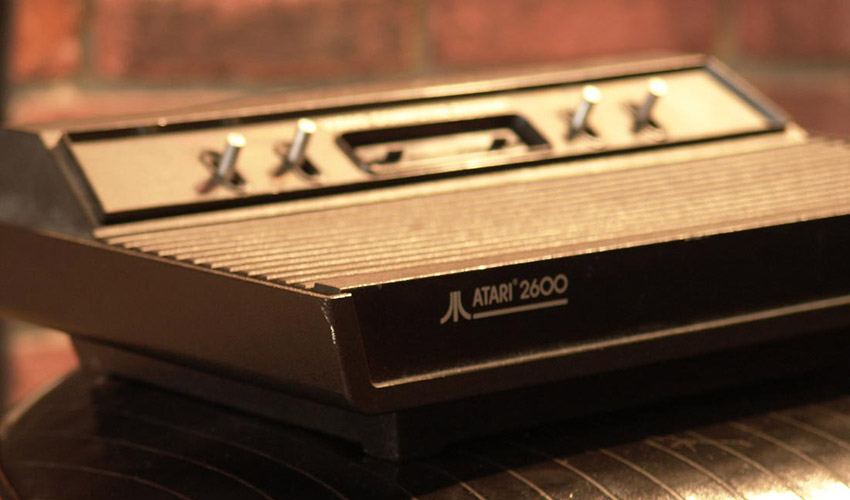 Today, video games are a ubiquitous part of modern life; but while the video gaming industry is worth billions of dollars every year, it actually has some rather humble beginnings. Let us take you on a short journey through the history of computer games. Hopefully it will give you a fantastic insight into where one of your favourite pastimes spawned from.

The first ever computer game is a hotly debated topic and one that people just agree to disagree about. However, despite all the vagueness, Steve Russell is often credited with creating the first popular computer game.

In 1962, Russell was in charge of a small team of MIT programmers who created the first computer game ever written: Spacewar. Even though two previous games had been released (OXO in 1952, and Tennis for Two in 1958), Spacewar was the game that really made an impact. It only took around 200 hours to produce the first version and it was created on a DEC computer donated to MIT. Steve Russell never profited from Spacewar, but it would symbolise an historic moment in computer games history.

Following his success, Steve Russell transferred to Stanford University where he met Nolan Bushnell. Russell showed Bushnell his game, ultimately introducing him to computer game programming. At that time, few people would have imagined that Bushnell would go on to form Atari Computers – a company that would bring us a huge amount of games over the coming years, including the Alone in the Dark franchise which looks set to receive yet another reboot.

Atari released the arcade classic Pong in 1972, which enjoyed widespread success, and was loosely based on table tennis. It is reported that Atari sold over 19,000 Pong machines and the concept spawned many imitators.

The rest of the 1970s saw a plethora of games released, including Star Trek, Hunt the Wumpus, Maze War and Multi-User Dungeon – the start of a heritage that would culminate in today’s MMORPGs.

The golden age of video games arguably began in 1978 with the release of Taito’s Space Invaders. It was the first arcade machine to be situated in mainstream locations like shopping malls, restaurants and outside convenience stores.

By 1982, Space Invaders had generated revenue of $2 billion in quarters. Fast-forward to 2014 and it’s no wonder that the video games industry is so lucrative.

The mid-1980s saw the release of Nintendo’s 8-bit Entertainment System (NES). It featured a gaming pad for players to hold, which replaced the traditional joystick. Even modern day consoles like the Xbox One and Playstation 4 use pads, so the concept is still very much relevant.

The 1990s would be a defining period for the video games industry and one that would give us 3D graphics, a number of new genres and handheld gaming. Sega introduced us to Sonic the hedgehog – a character that would become the company’s mascot and one of the most recognisable video game characters of all time.

As time went on, arcade machines became less and less popular. This was in part due to the emergence of more powerful home gaming consoles from the industry’s biggest players. Today, we talk about eighth-generation consoles, with the Wii, Xbox One and Playstation 4 all popular household names.