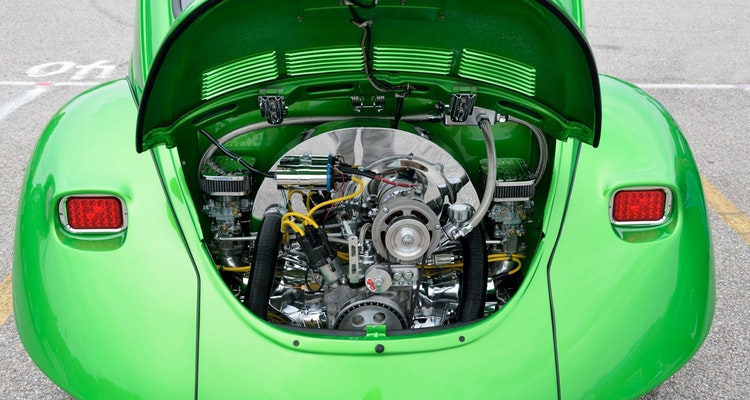 Since the early 1900s, Detroit has designed and produced some remarkable internal combustion engines. We asked our old car consultant at Easterns Automotive Group (DC, Virginia, Maryland) for the best examples he could think of and here’s his list.

Cadillac didn’t invent the V-8 engine but it was the first company to put it into a production automobile. The original 1915 V8 “L-head” design yielded 70 hp from 5.1L. The addition of the first counterweighted multi-plane crankshaft gave 1915 Cadillacs an unusually even running engine that further enhanced Cadillac’s reputation for smooth elegant driving.

In 1932, Henry Ford rocked the motoring world with the industry’s first affordable V-8. Previous to 1932, all Ford engines were far less powerful, in-line four designs. This engine was a flat head design and developed 65-hp. The Ford V8 also incorporated notable engineering advances such as a forged-steel crankshaft, aluminum pistons, replaceable rod bearings and a single-piece cylinder block. This engine was so advanced that became the first choice for car enthusiasts for over two decades.

Envious of America’s automobile-driven mobility, Adolf Hitler commissioned the renowned Ferdinand Porsche to engineer a “people’s car” in the mid-1930s. Challenged by the need for a simple engine, Porsche designed an air-cooled, 4-cyl boxer engine yielding 24-hp. Because of its flat design, he positioned it at the rear of the cars so to optimize room in the cabin. The engine was one of the first to use a magnesium crankcase and aluminum cylinder heads which, at the time, was one of the lightest car engines being made.

Even though Ford had been making them for several years, in 1955 General Motors introduced their first V8. It was built using a new thin-wall block casting technique amd an inexpensive yet durable overhead valve train used stamped rocker arms pivoting on ball-shaped pedestals.  The design was so successful that historians now say it was one of the most durable V-8 designs ever to power an automobile.

Most of Detroit’s car manufacturers experimented with V-6 engines over the years but unequal firing intervals proved extremely difficult to smooth out. Undeterred by previous failures, General Motors built a split-throw, even-firing V-6 in 1978. The even-firing V-6 continues to be the engine of choice for many GM vehicles today, almost 50 years later.