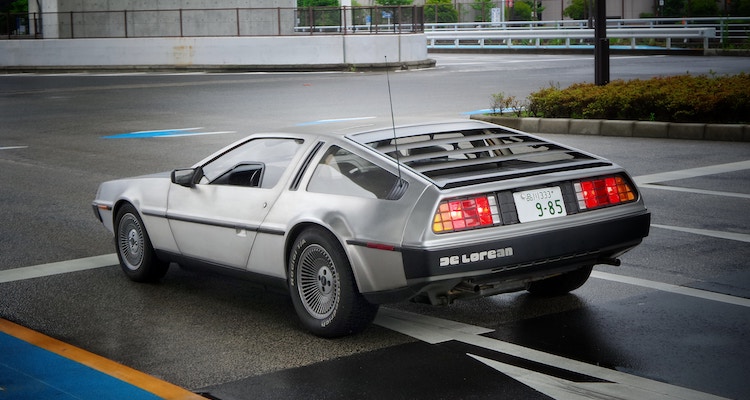 Some of the funniest scenes in film comedies come from the roles played by cars. Are you familiar with the black and white comedy films of Hollywood’s silent days? Just watch any of them and you are bound to see an automotive mishap before long. Watch a Laurel and Hardy short and you may cars destroyed by the dozen. We asked our friends at Gulf Chrysler, Dodge, Jeep, Ram (Foley, AZ) to name some other “comic cars” and they gave us a nice list.

Back To the Future

There were some great comic performances in all three of the Back to the Future movies but none was better than that played by a certain 1981 DeLorean. In the first film, scientist Doc Brown, takes a used DeLorean and transforms it into a “time machine.” One of the movie’s more momentous lines is when Michael J. Fox exclaims: ” Wait a minute, Doc. Ah… Are you telling me you built a time machine… out of a DeLorean?” In response, Christopher Lloyd explains “The way I see it, if you’re gonna build a time machine, why not do it with some style?”  Some people have commented that the Back To the Future movies shave made the Delorean DMC-12 one of the coolest cars in the collector car world.

Stephen Furst really messed up when he allowed his fraternity brothers to use his brother’s 1964 Lincoln for an classic, alcohol-fueled “road trip.” By the time they get back from the trip, the Lincoln is utterly trashed. For those who haven’t seen Animal House, at the end of the movie, the Lincoln is transformed into the “Death Mobile,” a vehicle designed to ram the parade viewing stand (“Ramming Speed”) at just the right moment.

No list of comic movie cars would be complete without the Wagon Queen Family Truckster from National Lampoon’s Vacation movies. The Wagon Queen Family Truckster was an outlandish “metallic pea” station wagon custom designed to incorporate all the styling excesses of the current cars at the time. The Griswold family uses the Truckster for a road trip to visit relatives and the adventures along the way make for one of Hollywood’s true comedy classics. The performances from Chevy Chase and Randy Quaid are some of the funniest ever filmed.

The star of this Disney movie was a 1962 Volkswagen bug with a personality -one for winning car races. In this first Love Bug film, the goofiness and racing scenes are just comedy gold. The movie Love Bug would go on to be one of the top-grossing films of 1969 and some say hooked an entire generation of kids on compact cars, in particular, Volkswagen beetles.